Following on from their tremendous 11-0 victory in the PSUK cup, the Force Vets football club were in action again this week against Forest Rangers FC.

Due to commitments and injuries, the squad selection was narrowed down and several changes had to be made.  However, debuts were given to Matt Quick and Laton Honeyghan who both started in midfield. Leon Thomas who has been in awesome form for the Vets stepped up to wear the Captain’s armband in the absence of club captain Rory Mcfarlane.

As being November 11th, both sides showed their respect and observed a minute’s silence for remembrance day. 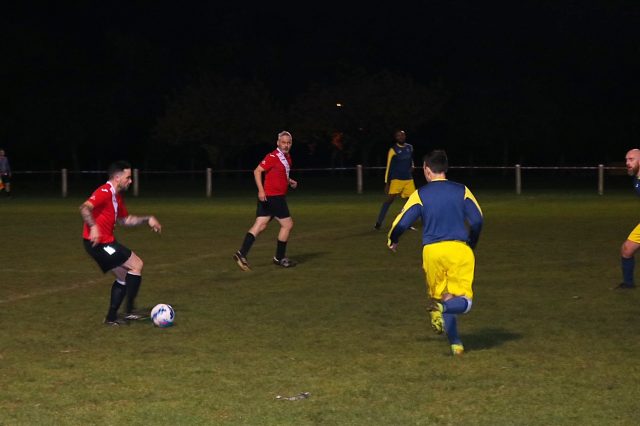 The game started well for the vets and they should have been several goals ahead in the first 30 minutes. Mark Bellingham, the Vets talisman, had several efforts saved by the Rangers keeper who up until this point had single handily kept his side in the game.

The breakthrough came just after the half hour mark when in form Winger, John Widdicombe glided one into the far corner. A somewhat lucky effort but on balance, well deserved.

Two more goals quickly followed as Bellingham had now found his scoring rhythm. Stu Lewis, was then teed up by his strike partner on the edge of the box, where Lewis stroked the ball passed the keeper who had no chance.

The Vets midfield were completely dominating the game by this point with Brian Steatham winning everything. Not to be outdone, Quick on his debut looked excellent on the ball and was the main playmaker for the vets.

Half-time arrived with the Force Vets 4-0 up and coasting. It really should have been more. 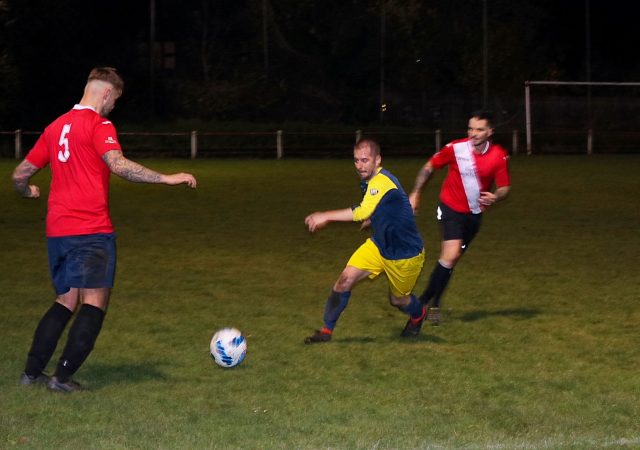 The second half started and the game was much slower. Several injuries forced the Vets into some earlier than expected changes and a change of formation.

Bellingham on a Hatrick collected the ball for a penalty and stuck it away with ease. A few moments later Bellingham had the ball again in the middle of the park and hit the ball from 30 yards. The effort screamed into the net rattling the underside of the bar as it flew in. An outstanding individual goal from the striker.

Lewis who had now been moved to the left-wing, showed a nice turn to the Rangers right back that allowed him to nip past the defender and square the ball to Quick who was rushing into the box. Quick then ran over the ball which allowed it to fall for Honeyghan who finished into the bottom corner for a debut goal.

The full-time whistle blew for a 7-0 victory for the Force Vets.

Man of the match was awarded to Steatham who won absolutely everything and bossed the midfield.

The vets are next playing 24/11/21 at Tally Ho V Hertfordshire Police. All welcome to come and support the lads.