Between 25th of January and 1st of February, Winter Sports section made their annual pilgrimage to the Snowsports mecca of Saalbach-Hinterglemm for the PSUK championships. The 12 strong team competed alongside colleagues from forces across the U.K in ski, snowboard and biathlon races.

In the ski Giant Slalom, PC Katie Hill produced a top ten finish in the ladies national standings an honour which was only topped by becoming force champion, seeing off nearest rival, DC Dom Hupfield by over 5 seconds. A formidable challenge by Supt Maria Fox was only curtailed by the technical section at the bottom of the course.

There was also a welcome return to the Zwölferkogel course for DC Karl Schild, who overcame a double broken leg on his last visit to finish a creditable 44th overall and 17th in the men’s SuperVet race, narrowly beaten in that category by Insp Will O’Connor in 13th place. Not to be outdone, DC Benny Benson made the top 5 in the veterans race.

The slalom crown was taken by PC Jack Kelsall, who finished 21st overall. All of the forces finishers; DC’s Benny Benson, Dom Hupfield, Insp Will O’Connor and Mark Stokes, ret’d, all finished in the top 50, while navigation issues cut short the challenges of Supt Maria Fox and PC Katie Hill.

The forces only biathlete, PC Jack Kelsall competed in the individual cross country race for the first time and finished a creditable 13th.

In the dual slalom competition, PC Shonnan Carter-Philpott was pipped to a podium spot in the plate, but the silverware, however, was saved for the men’s dual slalom race, when newcomer PC Andy Webb swept all aside to win the plate competition.

The force also admirably braved the conditions on the traditional fancy dress night, when morph suits left little to the imagination of unfortunate passers-by during the parade along the main street enroute from the team hotel. 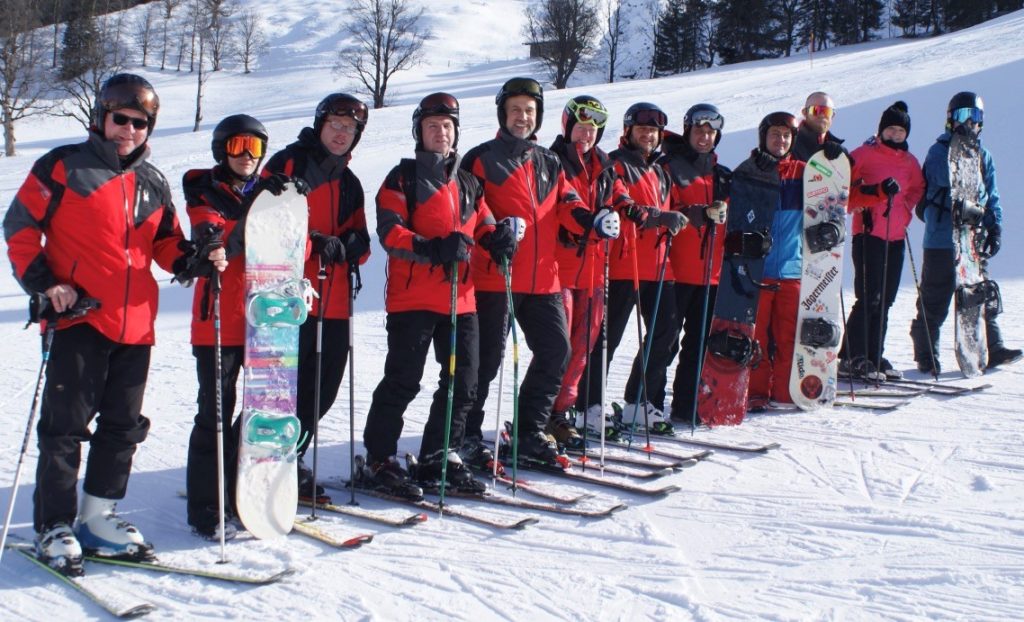 All in all, a great team atmosphere led to a really enjoyable week, where both boarders and skiers supported each other over some challenging courses. PC Andy Webb, who joined the team recently said, “This was my first trip away with the WMP to the PSUK Snowsports Championships and I wasn’t really sure what to expect—even though I’d been snowboarding for a good few years. As I was late joining the team the first time I met everyone was at the airport just before flying out to Austria and I was instantly welcomed by everyone. My nerves were completely unfounded! The races were really well organised, where else can you compete on closed pistes over courses set by professionals? The trip was great fun and I got to meet people from WMP and other Forces I probably wouldn’t have ever met. The worst part was the bittersweet return to the UK as I have to wait another year to go back again”.

If you are interested in joining the section, we compete at an indoor event in the UK and the annual event in Austria, please contact DC Benny Benson, PC Katie Hill or Insp Will O’Connor  or visit our Club Page.