The lads had the absolute privilege of playing at this exclusive venue. Some of the players had been fortunate to play here before but for many it was a brand-new experience.

The match started well with both teams settling in and passing the ball around nicely. The two sides were evenly matched with West Mids just edging it with strength and quickness in their breaks.

The breakthrough came around the 25th minute mark. West Mids sat deep and pressed the ball just inside their own half. Eventually the pressure broke the Staffordshire concentration and the ball was won in midfield. Striker Kyle King was played in and managed to take the ball to the byline. He looked up and found the on-rushing David Trevalen who calmly passed the ball into the goal.

A few moments later King was in again but in more central position. The out rushing Staffs keeper forced King slightly wide. Keeping his cool he managed to dink his effort over the out-sprawled keeper. The ball bounced agonisingly towards the goal but unfortunately hit the far upright and bounced clear.

Winger Harry McCarron was making several runs down the left and was becoming a real headache for the Staffordshire right back. On one of his runs McCarron twisted the right back inside out and was left one on one with the centre back. Skinning the defender for pace and clearly in on goal he was cut down right on the edge of the box.

A clear professional foul which was worthy or card, some would say even a red card. 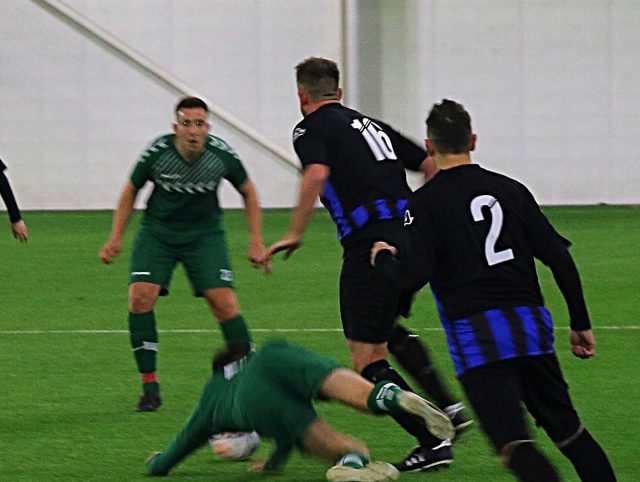 Staffordshire attacks were limited with the ball being intercepted at key times by the West Mids defence. This was achieved despite a combined age of the back 4 of nearly 140.

Danny Hitchmough was rested at half time with the fresh legs of Leon Thomas entering the arena.

The second half started and more space was gifted in the midfield areas. Centre midfielder Dan Jarratt began to play some neat balls in behind the defence which pushed the whole team further up the park. Trevalen was working well with Jarratt and their link up play was enjoyable to watch.

Forward Stu Lewis playing off King up front received the ball at the edge of the area He crossed the ball where he found his strike partner King. King showing great composure controlled the ball with his right foot and slotted the ball home with his left into the corner.

West Mids were looking good for their lead and pushed for a third.

Trevalen challenged for the ball deep inside his own half and outmuscled the opposition striker. Winning the ball he then set about on a 50 yard  Diego Maradona-esc style run where he left both of the Staffordshire central midfielders in his dust trail. As he entered the final third he played a delightful lob over the defence that fell perfectly for striker King. King who had a clear sight of goal didn’t disappoint and finished a wonderful move! Outstanding play from Trevalen.

Manager Johnny Nogga then made several changes with Mitch Harrison, Jack Morgan, Chris Jones, Ryan Dean & Tom Harris all coming on during the second half. 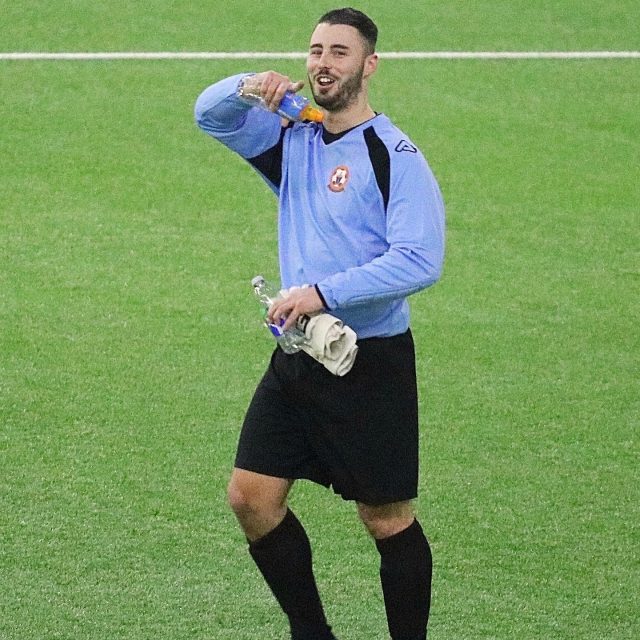 Staffordshire who were still rallying despite the score line had a break down the right. The Staffs striker then came inside and headed towards the West Mids box. A rare poorly timed tackle from Chris McComisky afforded Staffs a free kick right on the edge of the area. Despite his best efforts Reiss Jeavons was unable to keep the free kick out that was hammered past him

Not letting Staffs have the last word, Wingback, Thomas found King in space down the right. King gathered the ball and swung in a cross towards the back post. The cross was accurate and met the head of his strike partner Lewis. Lewis headed the ball down into the ground making it impossible for the Staffordshire keeper to get hold of it. A nice attacking move from West Mids.

A fantastic win for the lads who sail through into the next round of the PSUK competition.

Man of the match was awarded to David Trevalen for a fantastic performance that consisted of a goal and an assist. Trevalen has been in fine form for both force and Vets this season with this being his second man of the match award in his last 4 games. 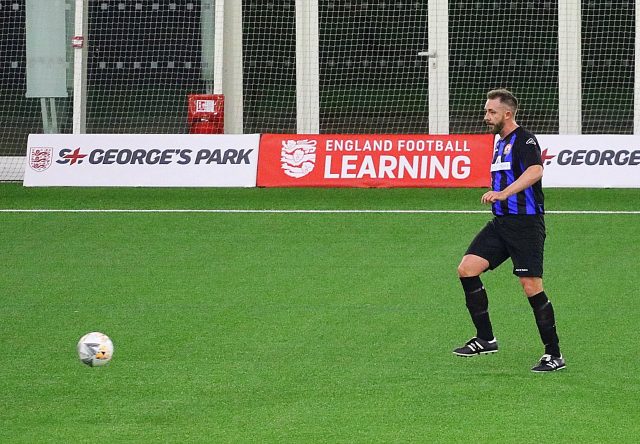 Special mention has to be given to Kyle King’s brilliant performance as he grabbed a brace and set up the other two goals.

An excellent team performance and togetherness from the lads. There is a real buzz around the club at the minute and long may it continue. 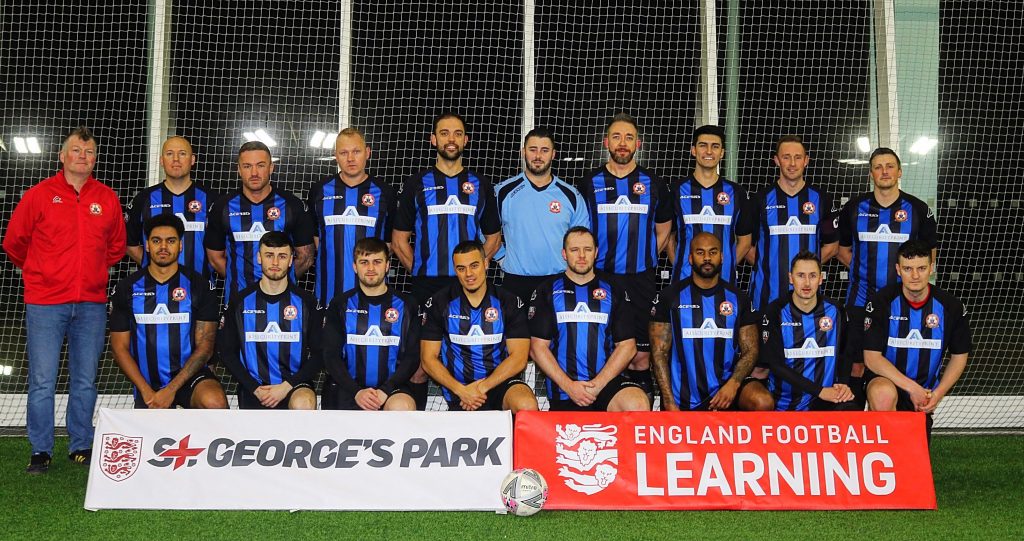