The vets travelled to Wellingborough Town FC to play Northamptonshire Vets in their final group game of the PSUK national cup.

A few injuries and other commitments meant a slimmer squad choice than usual. However with quality throughout the side a strong team was selected. 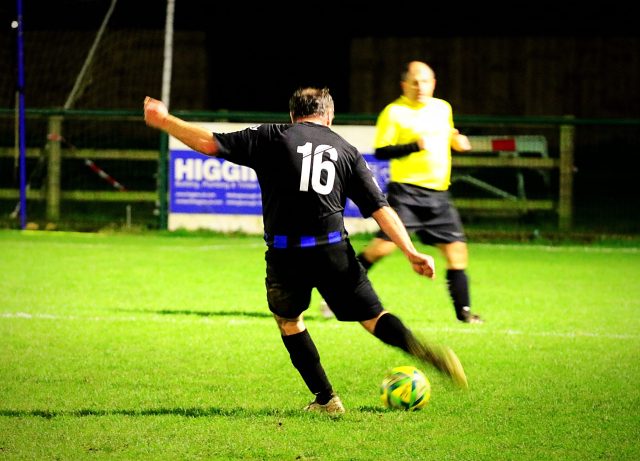 The game started well with early chances for Lee Faulkner with his head and Danny Hitchmough being forced wide by the on rushing Northampton keeper.

The breakthrough came around the 15th minute where Hitchmough flicked his header towards the back post from a well delivered cross from the right. Ensuring that the ball crossed the line, winger Leon Thomas was at the right location to stab the ball home. 1-0 15’ Thomas.

Thomas and Hitchmough then linked up well with Thomas being slid in for a chance just inside the box. Thomas’s effort just had a bit to much lift and narrowly sailed over the bar. A great move that was deserving of a goal. 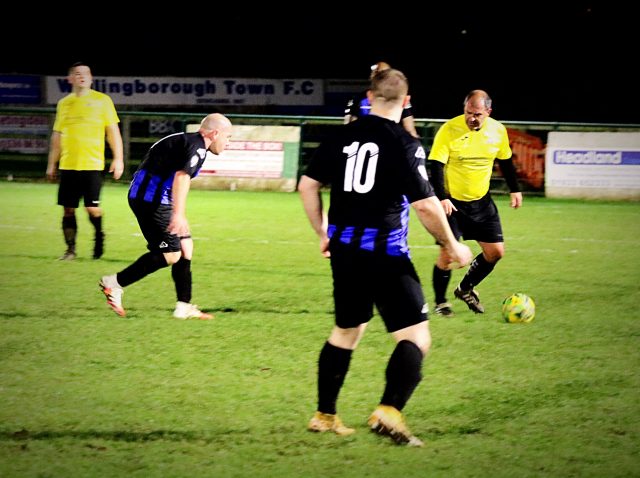 Thomas was then in again a few moments later where his effort was blocked by the out rushing Northants keeper. Hitchmough then gathered the ball outside the box and his shot passed the keeper who was in no man’s land. 2-0. 25’ Hitchmough

Having success down the right Brian Steatham managed to win a free kick. The resulting free kick was perfectly directed to the rear post where it was met by L Faulker. Faulker headed the ball back across goal where Hitchmough stole in with his head to nod in a third. However this goal was somewhat dubiously disallowed for offside.

A few more chances fell to West Mids With Hitchmough and Faulkner both having efforts blocked and saved. Dave Trevelan spurned a great opportunity in the box from a corner which undoubtedly would have killed the game at 3-0. 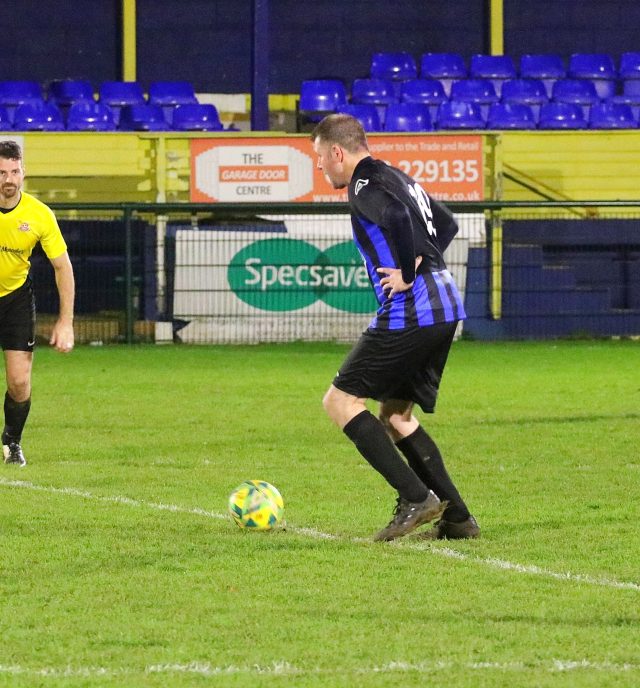 The match was comfortably going the way of West Mids until the 35th minute where a rare defensive error allowed the Northampton midfielder to bounce off two challenges and shoot. The effort was blocked and went out for a Northampton corner. The resulting corner was poor from Northampton but West Mids failed to clear their lines which resulted in a goal for Northampton. 2-1 35’

West Mids then endured a rocky 5 mins before settling down just before half time.

Hitchmough and Gasson were rested at half time with Matt Quick and Dan Mroczkowski taking the field.

A much stronger defensive display in the second half allowed the midfield to gain confidence. Mroczkowski was dominating the middle of the park and was complimented by Trevelan along side him.

West Mids applied the pressure up top with Thomas, Faulkner and Trevelan all having chances. 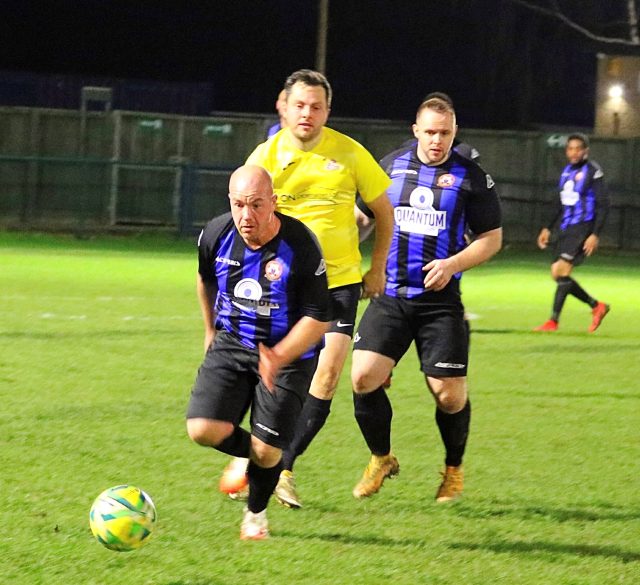 The breakthrough came around the 70th minute when Mroczkowski was played in down the right. He cut in outpacing the defence unleashing a rocket of a shot from his right foot. The effort slammed into the frame of the goal and rebounded out to a waiting Thomas on the edge of the area. Thomas got hold of the rebound and made it 3-1 for West Mids. 3-1 Thomas 70’

John Cunnington then came on for the injured Steatham. A few minutes later

Hitchmough and Gasson re-entered for Ash and Trevelan.

For the final 10 minutes West Mids kept the ball very well and saw out the victory.

West Mids will enter the knockout stages of the competition sometime around February. 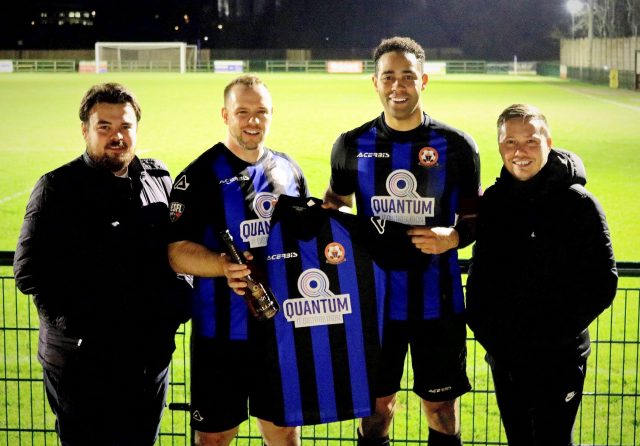 Our sponsors Quantum IT Solutions were pitch side and watched the whole game. They awarded forward Lee Faulkner man of the match for his work rate and ability to hold the ball up.